2014 was a very good year....Amazing Synchronicities.

The days rolled into one, yet the coming of adventure was never more alive as when I found myself 'swimming in a sea of synchronicity' here in Lincoln. Project IMAGINE still under way, I have come to be involved in several new opportunities to share the creativity of so many wonderful people, my friends.
Since deciding not to be fully engaged in the capitalist world any more, I have been rather blessed with the kindnesses of so many people. The Revival craft cafe project that I had become involved in had suddenly been given notice to quit the building in the spring so we had to pack up and find a new venue or close. Members of the volunteer group rallied together and we found several other places to go and ended up in a rather large empty building that had not seen the general public for some three years or so. It was a former Chinese buffet restaurant and needed quite a bit of reparative work to get it ready for use. It was also a goal of many of the group to invite other groups to join us in using the space more productively. Angela's input mainly with wanting to keep the Revival project going had us taking on the building and inviting a number of groups to become involved that we have been associated with for some time. A few of the groups invited for one reason or another declined to be full founder members, but still wished to support the ideas we had proposed.
By the beginning of April we had moved our stuff in and were storing it to begin with. A huge amount of painting and cleaning would need to be done in advance of starting the cafe again, but many new and welcome volunteers were beginning to make themselves known to us. It was all a bit surreal as we tried to adjust to the new surroundings in such a huge space. Angela and I had arranged to go and walk on the Camino de Santiago in Spain for a month too, so we left around the end of June for our mammoth adventure. I had offered to accompany her on this adventure to far away lands, where we discovered many new and wonderful things about people. In a very synchronistic event we actually met with Julia Baird and the Quarrymen in Santiago de Compostela at a one off concert in tribute to my hero John Lennon. As we were promoting the song I had written with my brother, COURAGE TO BE DARING, the timing could not have been better. Much poetry was also written about the adventures, (Follow this link) Julia is one of John Lennon's sisters and  huge fan of supporting music and a charity called Medecines Sans Frontiers. Also known as Doctors without Boarders. Together with her partner Roger and the Quarrymen they were sponsoring the charity and talking of potentially walking the Camino themselves at a later stage, to raise more funds and awareness of the aims of this great effort by doctors to help people in crisis all over the world.
It was an amazing concert and a privilige to have met and spoken with people who had known John Lennon. This spurred us on to do a huge chunk of the Northern Camino path from Luarca to Santiago.
Once back in the U.K. again we were very happy and surprised by the efforts of the team we had left behind, returning to a space that was well on its way to being ready for opening. I set about getting much of the repair work done and the many dedicated volunteers and helpers came to do day upon day of tedious and yet necessary tasks, to get the place habitable. Now we are using the building we have decided to call the project LINCOLNSHARE. It does what it says on the tin, so to speak. Lincoln people doing what we do for no monetary gain, but for the pleasure of sharing space, tasks, community and celebration along with all the responsibility of being a bona-fidae cooperative venture.
Revival, craft cafe and well-being workshops. General Practice, a group of fine arts graduates. Abundant Earth Community, Eco home builders who design with Permaculture principles. Therapists providing a range of well-being activities. Cope, a group who work with the support and rehabilitation of alcohol and drug misuse people. Social Science Centre, a free cooperative higher education initiative. Frack Free Lincs, a group of local residents campaigning against the introduction of industrialisation of the landscape with Hydraulic Fracturing (Fracking). Transition Town Lincoln, a group being aware and informed about local climate and resilience issues. And many many more...
In a nutshell, we are creating the change we wish to see in our community.

I'm so very proud to be a part of this new movement towards creating abundance for everyone, and all this came from the ability to provide people with space to let their ideas flow. Sharing is the key word in all we have achieved, unity is more powerful than you can imagine....
And as if by magic, a fairy godmother came along and offered us the resources to be able to buy a building for the continuance of this project. How good is that? Altruism at it's best....
We may be moving again soon as a reasonable offer for the building has been turned down, but with our luck, we'll definitely get a better one...

Come and visit us here any time you want.
Click to see our Facebook pages, events calendar and where we are now.

With much love, peace and harmony I wish you all a great day, thank you for reading..

Posted by Peaceful Warrior at 09:59 No comments: 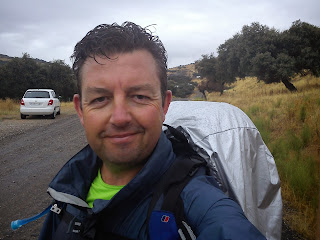 You may already know that I finished the walk a year ago. It was due to lack of funds initially, and I wasn't overly keen on begging. That is to say, taking kindness that wasn't directly offered without any prompting of peoples emotions. The people that did help and offer so many kindnesses are forever in my heart, and too numerous to list, but I'm sure you all know who you are and of my lasting thankfulness.

By way of continuing the IMAGINE project, which fundamentally was to meet people and discover things about them and how they react to a stranger, I came by chance to be in Lincoln, where I had the opportunity to live as a homeless person for almost 9 months. At first I stayed in the park, (in November and it was bloo.....ming cold) before being offered a place at a night shelter called strangely enough NOMAD. As I am a nomad of sorts, it was wonderful (and scary) to be there enjoying the comforts of sheltered accommodations (nights only) and the further kindnesses of the Beattitude project (Saint Mary Le Wigfords CofE) for food and daytime shelter. Later I went on to live very comfortably at the Y.M.C.A. Lincoln where they cared for my housing needs and helped me get back into work. Some months ago I left to find accommodation in a privately rented house, and subsequently became unemployed again, which means I have to find alternatives again.
Through association with some pretty wonderful groups and organizations here in Lincoln, I have become attached to a new project. It will be a workers Co-operative  of a kind that hopefully will incorporate a community housing venture as well. Temporarily (name has to be agreed upon) it is called the Abundant Earth Community. The aims are again not yet set in stone, but primarily they are to set up a working/housing project to get away from typical business type ventures  of capitalist methods and form a close working group. Many ideas exist, but in one sense this will be an Intentional Community with some differences. I am very excited to have come from meeting people out on the open roads and in their own communities, to now be a founder member of starting another one. And all this in just over a year. No-one (especially me) thinks this will be easy, but here in Lincoln there is a thirst, a very real hunger for an alternative to the current model. Many similar projects/communities exist and are thriving all over the country and the wider world, as I think we all recognise the end coming for the current way of living. What I mean by this is, that the present way we live is too materialistic to be sustainable. There just is not enough resource to keep up with demands we place upon them, to create material things.
Here in Lincoln I have come to love the growing wave of movement to make a difference in the lives of more people, not just our close circles of friends and family. One such group, pioneered by Angela and Phil Porter, Revival Lincoln is an amazing sharing platform. Together with their wonderful volunteers and associated members and collaborators they have gotten a movement going towards learning and skill sharing that is truly abundant. Please check out the web-pages and discover the diversity of this project, which is due to expand again soon. If you think that you too could benefit from a similar scheme in your town/area and need some help and ideas for this, please get in touch with us here, as we would be more than happy to assist. (Click here)

So in reality the Imagine project goes on, just in a slightly altered format. If you would like to help, get involved and or learn anything more about it, please don't be afraid to contact me or any members of the Abundant Earth Community team. It would be amazing to have your support and company.  I have an article on my other blog about the ideas of this Community if you would like to get more of a feel of what it's about.

So in the meantime, thank you all again for the love and kindnesses you shared with me and remember please that I have not forgotten anyone. 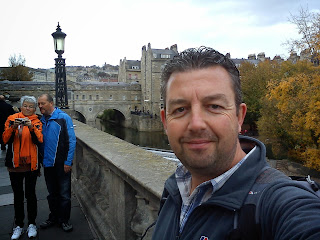 Posted by Peaceful Warrior at 02:24 No comments:

Walk to the top of the world.